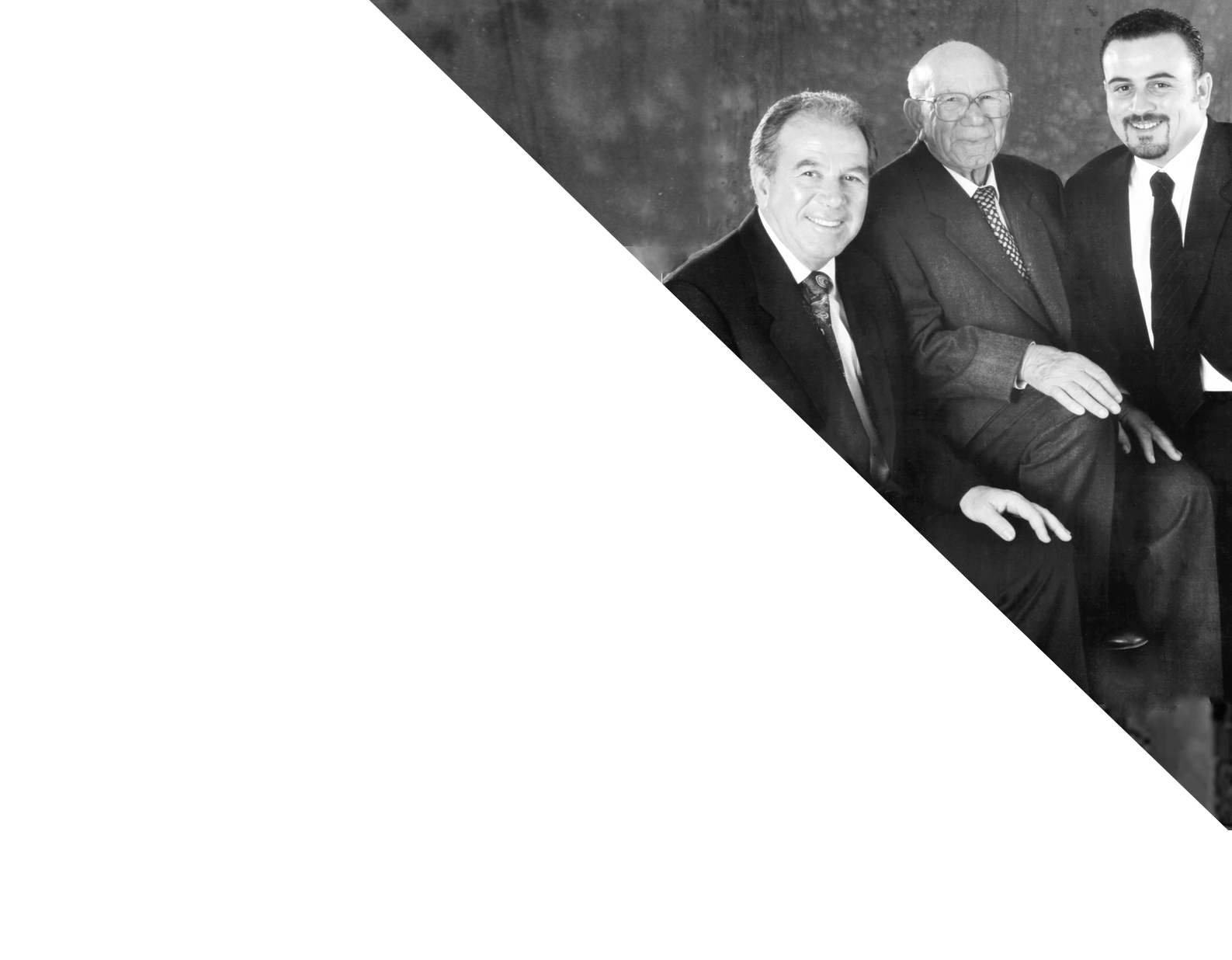 The company started as a private family owned business which was established in 1943 by Costas Kythreotis in Famagusta. The company has grown from its road construction material supplying origins to be one of Cyprus’ major building materials producer and road construction business.

In 1970, Costas Kythreotis & Son Ltd was incorporated and four year later,  the incorporation of C. Kythreotis Skyrodema Ltd followed.  Both companies were associated with road construction and asphalt and ready mix concrete production in the Famagusta district.

In 1974, just after the Turkish invasion in Cyprus the companies’ base was relocated to Limassol and despite the difficult economic times and limited resources, restarted its operations immediately and in less than two years, also operated a new quarry in the Kornos area.  In 1980 the quarry plant was relocated to Parekklisia and has been operating since.

The third company of the group, Kythromak (Asphalting) Ltd, was incorporated in 1981 and has been operating as a civil engineering contactor and asphalt producer for over 35 year.

In 2000 Costas Kythreotis & Son Ltd became a public limited company and was listed on the Cyprus Stock Exchange in 2002.

Implementing an effective safety program in our workplace is necessary for the well-being of both employers and employees as well as the general public.  Our health and safety strategy aims to eliminate all accidents from our operations and our goal is keeping all our people safe and well.  To help us get there we concentrate on:


It is the policy of K. Kythreotis Holding Public Ltd to maintain a quality system designed to meet and exceed the needs and expectations of its customers and the requirements of EN ISO 9001 : 2008 and EN ISO 9002.  We are committed to rigorous implementation of our quality management system during the execution of all projects and product production.


In today’s ever-changing market, our company invests in a Continuous Training and Development program for all employees.  This gives the opportunity to all our employees to expand their knowledge base and are better able to perform their job and become more aware of safety practices and proper procedures for basic tasks.  Industry standards are continuously changing but with the competence of our team we strive to maintain our company’s leading position and competitive advantage within the industry.

Petros Kythreotis is the co-founder and CEO of K. Kythreotis Holding Public Ltd.  Having previously worked for the Ford motor company in the United Kingdom, Petros together with his father Costas Kythreotis founded the company in 1970 and has been the Charmain of the Board of Directors since.  He holds a Bachelor Degree in Economics from the University of London, is a Fellow member of the Institute of Quarrying UK, a registered Civil Engineering Contractor, has served as the Chairman of the Cyprus Quarries Association and as a member of the board of directors of the Cyprus Telecommunications Authority.


Costas Kythreotis joined K. Kythreotis Holding Public Ltd in 1997 and is the Group’s General Manager.  Costas started his career as Project Manager in London before joining our company.  During his 20 year career in the company he held the positions of the Production Manager, Quality Manager and the Assistant General Manager.  He holds a Bachelor Degree in Building Engineering and Management from Brighton University and is a member of the Board of Directors of the Cyprus Quarries Association.

Andreas Pourgouras was appointed as a Non-Executive Director of the company in 2002.  He has worked for Shell (UK) Oil and the Cyprus Development Bank where he retired in 2008 from the position of the Senior Manager.  Andreas studied at the Univerisy of Newcastle Upon Tyne where he was awarded a B.Sc. in Chemical Engineering and then he continued his studies at Imperial College, London where he got his Masters and DIC Degree.   Andros has served as a member of the Board of Directors of a Number of private and public companies including the Cyprus Development Bank.


Christiana Panayiotidou joined K. Kythreotis Holding Public Ltd in 1999 and is now Group Chief Finance Officer.  After graduating from the London School of Economics and Political Science where she was awarded a B.Sc. (Econ) in Accounting and Finance she joined PriceWaterhouseCoopers where she worked in the auditing department.   Christiana continued her studies with CIMA and became a Member of the Chartered Institute of Management Accountants.  She is also a member of the Institute of Public Certified Accountants of Cyprus.

Manolis Hadjimanolis studied economics and accounting at the University of Salford, Marchester, United Kingdom and in 1995 he obtained a Bachelor of Science in Finance and Accounting . In 1999, he became member of ICAEW (Institute of Chartered Accountants in England & Wales) of the United Kingdom and member of the Institute of Certified Public Accountants of Cyprus (ICPAC). From 1995 until 1998, he worked as auditor with Wolfson Associates in London. Then, from 1998 until 2000 he worked as senior tax associate with PriceWaterhouseCoopers in Nicosia and from 2000 until 2003 as corporate finance manager at Global Capital Ltd in Nicosia, and from 2004 until 2010 at Flagstone Alliance Insurance & Reinsurance PLC in Limassol where in 2009, he was appointed chief executive officer of the said company. Since 2010, he is a partner at Q.B.S. Qualified Business Services Limited in Limassol.


Constantinos A. Adamides studied law at the University of Warwick, U.K. and then obtained a Master of Laws (L.L.M) Degree in Tax from the King`s College of London. Since 1999, he has been practising law in Cyprus. He became a partner at the law firm of Adamos K. Adamides & Co in 1999 and since 2011 he has been a partner at the law firm of Scordis, Papapetrou & Co LLC which comprises, following a merger, the law firm of Adamos K. Adamides & Co. His main areas of practice are corporate and tax law, mergers and acquisitions, financial law, joint ventures, trust law, commercial law, immovable property law, public procurement law as well as civil and corporate litigation both at Court and Arbitration levels. He has written texts on tax policy, tax law and corporate governance and participated in seminars in Cyprus and abroad as a speaker covering issues relating to international trusts, international tax law, inward investments and corporate litigation.  He is a member of the Committee for Private Companies and the Taxes Plan & Stock Exchange Committee of the Cyprus Bar Association.